The field of action

The preview for creating e-mails or web pages

Create a new email address as sender in the account settings

Creation of a new webpage domain

Configuration of a printer

The Guest import with Excel

Basics for the successful delivery of e-mails

Templates for your webpage

The Event Reception - the feature for virtual and hybrid events

The invitation- and ticket code

The Dashboard for your event

The confirmation status of your guests

Evaluate and export the KPI´s of your event

Create and change accompanying persons with the guest

The timely filtering of acceptances and declines

The guest source: an indicator of success for your communication

On site / The Check-In App

The check-In of companions

Setting up a printer setup

Possible solutions for troubleshooting during the on-site check-in

The use of placeholders outside the HTML-Editor

The reduction of the spam probability of my emails

Pictures from my email are not displayed (correctly)

Customize headlines and text with HTML

Duplicate event and use as template

Duplicating e-mails and save time

Create E-mail invitation for a series of events

How can I filter acceptances and declines by time?

How can I postpone an event?

How can I cancel an event?

How can I change the user language?

How can I sign up for the MATE Newsletter?

How can I give feedback on MATE?

Which products (licenses) can I purchase?

How do I create a new email address as sender in my account?

Why do my emails not reach the customer?

How can I reduce the spam probability of my emails?

Why are pictures from my email not (correctly) displayed?

Why can I not save my changes to the website?

How can form fields be shown and hidden (checkbox, dropdown, radio button)?

How can I edit the display of the date in the countdown (website)?

How can I edit the color settings of the countdown?

How do I set up a new website domain?

How do I put a setup into operation?

Which printers can I use at check-in?

How can I undo a Check-In?

Why do I have to include my imprint and privacy statement on MATE's emails and websites?

How is DSGVO conformity ensured with MATE?

How can I send information automatically to the guests by e-mail? 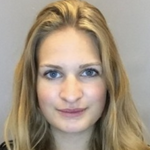 Updated 5 months ago by Maxi

If you create a new salutation rule using the Salutation Wizard, all pre-installed standard salutations are overwritten and only the newly created rule is applied.

How to create a new salutation rule using the Salutation Wizard:

You can find the Salutation Assistant under Communication -> Salutation

You now define the following 3 steps for the quick configuration of a salutation using the Salutation Wizard:

If you then click on the "Create salutation rules" button, the configured rule will be created, replacing all other pre-existing rules.

How did we do?